Do you find yourself wobbling back and forth on top of a chair as you reach height to change the light bulb? If “yes,” then, it’s time to get a ladder.

To paint a room with a ceiling much higher than 7 feet or if you need to prune trees or gutters to be cleaned, then there is no safe and efficient way than using a ladder.

To reach shelves in the kitchen or store that are extra feet of height, to fix the light in the bathroom a stepladder will work fine. On the other hand, to paint a room or trim smaller trees, A-frame ladder is the safe and efficient option.

And if you need to reach fifteen to twenty feet off the ground, you need to invest in a heavy-duty ladder.

Whatever, your need is, it demonstrates that a ladder is a handy product.

So, are you wonder who invented the ladder?

What’s the actual history of the ladders?- Definitely, you’re interested to know. Right? 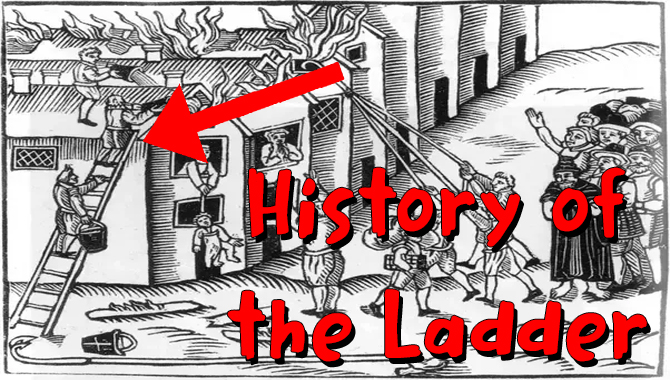 Who invented the ladder?

John H. Balsley (29th May 1823 to 12th March 1895) first invented a folding wooden stepladder in 1862. His most significant contribution to Ohio history was the invention of the ladder. 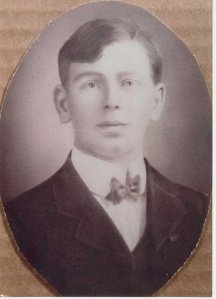 John H. Balsley was born in 1823, at Connellsville, Pennsylvania. His father was George H. Balsley and mother was Sarah (Shallenberger) Balsley.

John H. Balsley earned his livelihood as a carpenter. The invention of the first folding step ladder was his greatest contribution in the Ohio history.

Step ladders were known and used for several years 1862. But Balsley earned the first patent in the USA for foldable ladder. The patented design was looked like steps rather than a conventional straight ladder, so it was named as step ladder.

Previous to Balsley’s patent, steps ladders were not easy to store, as these were not foldable. Balsley added hinges at the top of his invented ladder. This feature allows users to fold and store it easily. Nowadays, step ladders follow his design.

On 12th March 1895 Balsley died. And his body was laid to rest in the Woodland Cemetery in Dayton, Ohio.

The ladder is one of the ancient tools. It’s an inclined or a vertical set of steps or rungs with a pole on each side. The main purpose of using a ladder is to reach a high spot and places safely.

The History of Ladder

When was the ladder invented?

No one really knows the exact invention time of ladder. But the idea of a ladder was used over 10,000 years ago, during the Mesolithic period.

The first evidence of using ladder was found in Valencia, Spain. A Mesolithic rock painting of a ladder was discovered in the spider Caves in Valencia. This painting depicts that two men are using a long wobbly ladder to access a wild honeybee nest to get honey. The ladder painted on the paint found to be a flexible ladder made up of some kinds of grasses. The paint was at least 10,000 years old.

Although it’s the earliest evidence of the uses of the ladder, most of the researchers are agree that it would be older than that.

But by studying the ancient Egyptian and Hebrew cultures, the researchers have traced the root of the functional design of the ladders. These two civilizations have developed and perfected the ladder design.

What’s more, the name of the ladder is also found in the Bible. Jacob had a dream where he saw a ladder reaching Heaven to the earth.

The Mesolithic rock painting shows that the ladder was an essential way to obtain food or raw materials for survival. And nowadays it’s a household essential. Today, a ladder is an ordinary, everyday object.

Over the years, various types of ladders have been designed and manufactured to suit different purposes. And the list is endless- a fiberglass ladder best for dealing with electrics, a telescopic ladder for portability, a cat ladder to clamber safely on a roof and much more. For your home needs or professional use, now you’ll get a ladder for every purpose.

When was the first ladder used?

The real numbers of years are still unknown of when the ladder was first used. It's most probably a thousand years or more than that.-

The existence was confirmed with a rock painting found in Spain. It is not the modern ladder, but a ladder of grass was used then.

Why is John H. Balsley known as the inventor of the ladder?

John H. Balsley is known as the inventor of the ladder. Well, he gave a new definition to the ladders. He made flexible ladders that are easy to use.-

He literally made changes in the ancient wooden ladders. He added more structures on the ladder and made it flexible. That's why the credit is given to John H. Balsley.

Who gave the idea of making a flexible ladder?

Well, it's still unknown. It is said that John H. Balsley got the idea from someone else to make a flexible ladder. But the person who gave the idea is still unknown to all.

But John H. Balsley was a skillful carpenter, so it is obvious for him to make a flexible ladder easily. We should give him his credit.

Is a ladder made of grass usable?

Of course, it is. But we will not recommend you to use a grass-made ladder. In ancient times, people used to use it as there was no dependable ladder invented then.

But now, there are flexible and portable ladders available in the market. So, you can use them as grass-made ladders are not reliable.

Are there any safety rules for using a ladder?

Of course, it does. The ladder is also equipment so you should follow some simple rules. For example, don't climb on a ladder when you are dizzy or on alcohol, also if you are overweight.

Also, don't climb on a ladder if you are ill and unstable. Otherwise, you may fall from the ladder.

Hope, you’ve enjoyed reading our article on “Who Invented the Ladder- The history of ladder.”

The related information will also help you to know more about these useful products.